The new year will ring in a new momentum for transportation in Oklahoma, with more than 1,300 critically-needed highway construction and safety projects lined out for the next eight years. The Oklahoma Department of Transportation is resolute in continuing to be a Top Ten state for good highway bridge conditions, while still facing challenges of the ongoing global pandemic.

The Oklahoma Transportation Commission set wheels in motion on Monday, Dec. 7 by approving the agency’s Eight-year Construction Work Plan for Federal Fiscal Years 2021-2028, totaling just over $6 billion in projects. This new update takes into account an upcoming reduction in state funding which was done through previous legislative action to help balance the state budget and project schedules have been adjusted accordingly.

“These are challenging times, and we appreciate the support by legislators and Governor Stitt in recognizing that a good transportation infrastructure is a critical component in driving Oklahoma’s economy,” Oklahoma Secretary of Transportation and ODOT Executive Director Tim Gatz said. “We looked for innovative ways to keep our plans fiscally responsible and progressing with the focus on maintaining good bridges and improving pavement conditions in our state.”

Since 2003, the Eight-year Plan has provided a transparent view for the public about planned highway projects and is updated annually to balance numerous factors including conservative projections for state and federal funding; critical needs and pre-construction project timelines. While comparable to the last version in terms of total value and the number of planned projects, it also reflects shifting some project timelines a year or more to accommodate both the funding reduction and needed adjustments to some scheduling.

Significant urban projects in the Eight-year Plan include:

Significant rural projects in the Eight-year Plan include:

Oklahoma’s bridge infrastructure continues to be in the national spotlight following the announcement in August 2020 that it now ranks ninth on the Federal Highway Administration list of states with good highway bridges. The state was as low as 49th place in 2004 in national bridge condition rankings due to the number of structurally deficient bridges on the state highway system due to decades of underfunding and an aging system. Thanks to legislative funding mechanisms and key funding opportunities by the congressional delegation, ODOT started an aggressive approach to reduce the number of structurally deficient bridges on the highway system. At the end of 2019, just 86 of the state’s 6,800 highway bridges were in that category.

Also presented to the Commission was the Asset Preservation Plan for Fiscal Years 2021-2024. This is a companion piece to the Eight-year Plan which focuses on key maintenance projects to help improve and extend the lifespan of pavements and bridge structures. Although smaller in scope and size than the Eight-year Plan, it plays an important role in keeping Oklahoma’s commitment to a safe and reliable transportation infrastructure in place.

The updated Eight-year Plan and Asset Preservation Plan will continue the progress on addressing structurally deficient or at-risk bridges which will keep Oklahoma’s network of highway bridges in a manageable condition. Also, the plans continue with an investment strategy to improve rural two-lane highways with deficient shoulders and address pavement needs on interstate, U.S. and state highways.

Both plans can be viewed at www.odot.org. 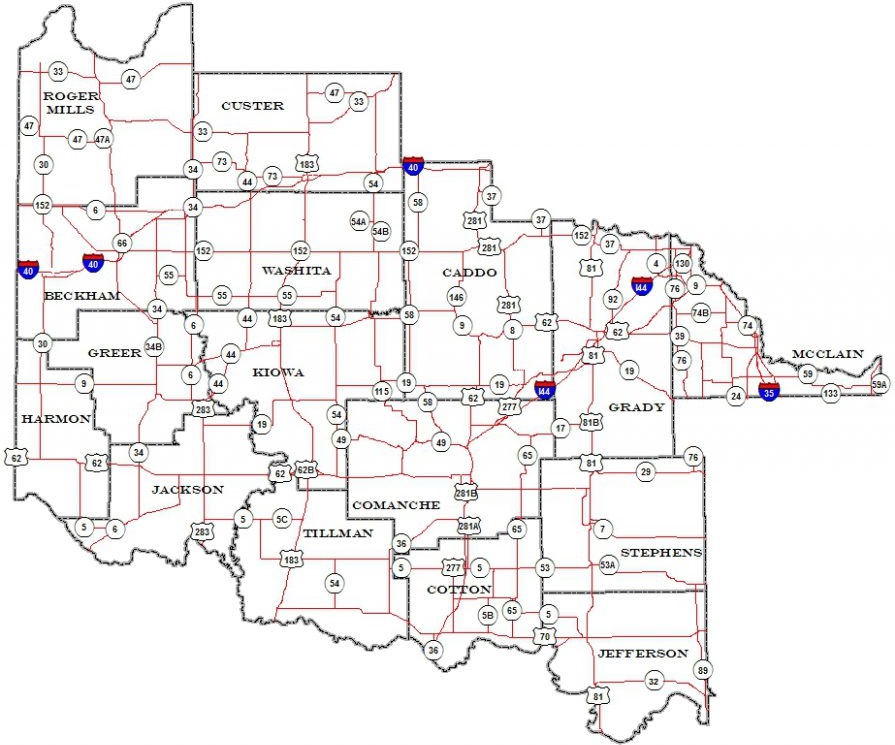